August 9th, for my town, Nagasaki

I am recalling my past blog about the same topic.

I thought,
"How do the world think of August 9th."

Surprisingly, I did not find the information that I was looking for.

Every year, August 9th, 11:02am, entire town of Nagasaki stand in silence.

Not only the radio, but every fire places turn the siren on, VERY LOUD SIREN that every people can hear inside and outside of the building. 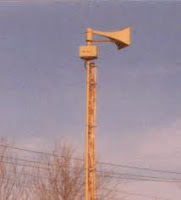 It is the time when the atomic bomb hit the city of Nagasaki.

One of the display in the Peace Park Museum that stays in my memory is that every clock in the display are stopped at the 11:02.

By the time I was born, 1971, Nagasaki had already recovered. Japan actually became one of the fastest growing country.

I only heard about how awful it was during the war from grand parents.

For me, its in a past.  But for people who went through the awful time, they still remember clearly.

But I remember in my childhood, maybe around 1981, we were playing hide-and -seek.  We were actually using "bokugo", the hiding cave as a hiding spot.

I also remember when I had a check up with Homeopath doctor, and she said
" You have awfully large amount of radiation in your body. Just the X-Rays here and there from hospital or dentist check ups would not create this amount of radiation. What happened?"

She checked up all my medical history and said'
"Oh, you are from Nagasaki, that makes sense, because of the atomic bomb."

But I researched about it.

Please do not feel offensive about I am bringing up this subject.

But what I wanted to tell to the world is that,

The scars from the history can pass down emotionally
and also physically to generation after generation.

If we can stop hurting each other right now,
stop the small fights between friends,
stop the big wars between countries,
and be kind to each other,
we can create more peaceful world in 30years.

The most important teaching in Reiki is
to live in Gokai, the five principle.

Just for today,
do not be angry,
do not worry,
be grateful,
do your duties fully,
be kind to others.

I really think the world peace is THAT simple.

Posted by Mari Okazaki at 15:42 No comments: